All photographs, text, and graphics in this website are © David Lee Myers 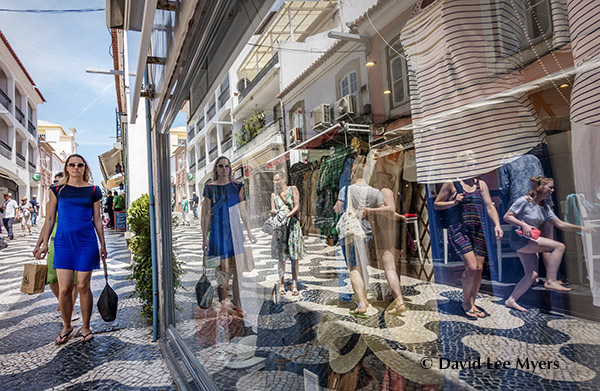 Parade. The wave pattern of the sidewalk mosaic is common.  Cascais, Portugal, 2015.

Scenes of city commerce appear in store window displays with reflections of passersby and architecture. This newest body of work by David Lee Myers  began with window shopping during travels and continues near home. Some scenes are perfect as first found, others are enlivened by waiting until people and other moving elements come together for an instant of right arrangement. Each of these photos is a single vision, a single camera capture, with no elements added during print preparation.

In window reflections the interior and exterior weave through our awareness, riddled with suggestions. Much is shown, little is known. Reflected people are seemingly misplaced inside the store displays – but wait – that is our reality, living in labyrinths of commerce. Certain scenes are chosen anthropologically, others for the satisfaction of geometry. 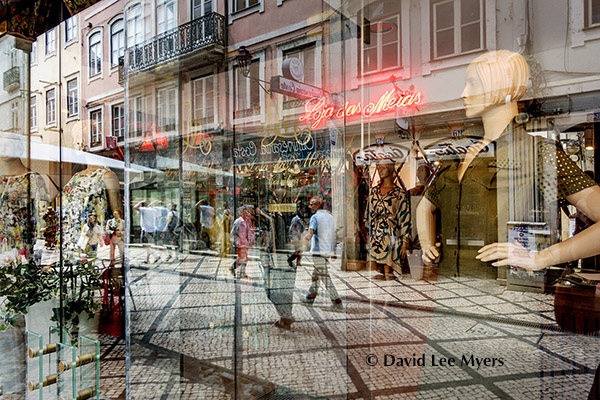 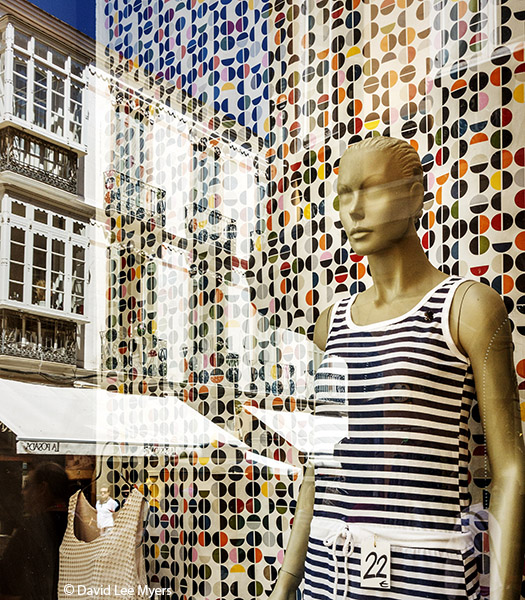 Homunculus. Malaga, Spain. Conveniently, the definition of "homunculus" applies to both the "little man" at lower left and the manikin itself. 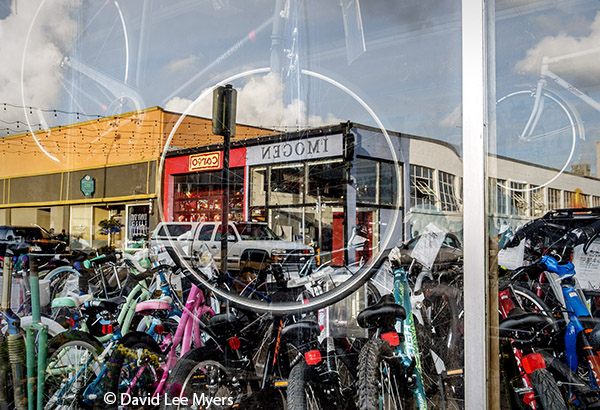 Galleries of Dreams. Bikes and Beyond, Imogen art gallery, and Cargo shop are each rooms of imagination and wonder or wander. Astoria, Oregon 2016. 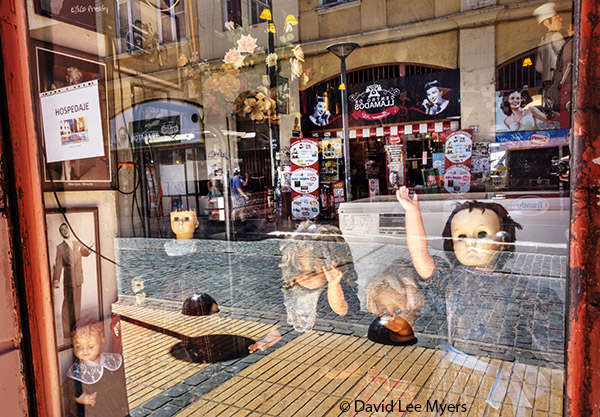 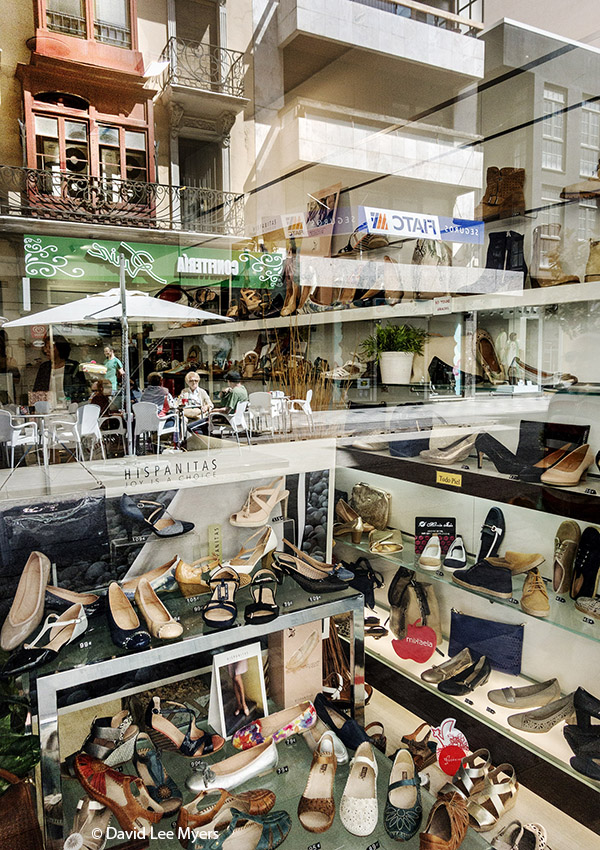 Joy is a Choice. I enjoyed the irony of the Hispanitas slogan "Joy is a Choice" in a small hill town university city in which English was especially useless. Cuenca, Spain, 2015. 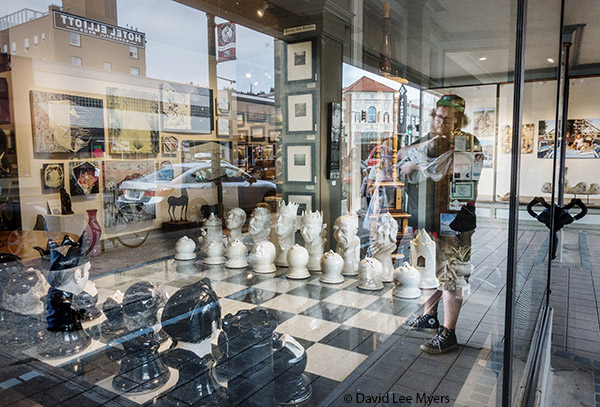 RiverSea Chess Dad. Not long after making this photo at the entrance alcove to RiverSea Gallery, the picture was exhibited in my "Reflections" series. The man came in, and it turns out it was not his, but a friend's baby. He was a natural with it. Astoria, Oregon, 2016. 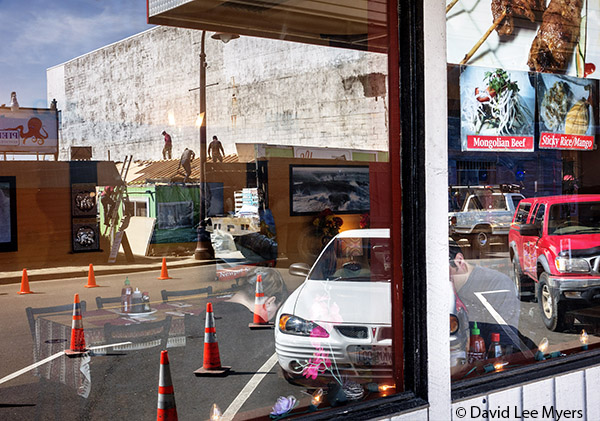